Chemicals can present both acute and chronic toxicities. The effects may only reveal themselves after a prolonged period of exposure to low level contamination. For that reason, chronic toxicity, as well as carcinogenicity, teratogenicity, etc. also need to be considered if the harmful effects of chemicals are assessed.

In the past decade several food safety incidents have been related to chemical risks in the European Union. Some examples include:

The large-scale cultivation of GM crops has increased rapidly world wide in the last decade, especially in several countries outside the EU (have a look at the overview of commercialised biotech/GM crops). In order for these crops to be allowed for cultivation and for food and feed applications, they need to undergo a regulatory approval procedure, which includes a safety assessment. Given that several GM corps that are grown outside the EU have not yet received an EU approval, it is safe to assume that unauthorised GMOs might be present in imported shipments. Additionally some GM crops have been developed for non-food purposes, including medical and industrial applications. This means that commingling (mixing) of these crops with their conventional or approved GM counterparts should be prevented.

Commingling may occur in several stages of the crop production cycle. During seed production this may take place in plots of GM crops where other crops are being cultivated in the surrounding area. This is the so-called “cross-hybridisation” by pollen flow. However, commingling may also occur further down the chain, such as during cultivation of the seeds, transport, storage and processing of the food or feed.

Botanicals include products such as herbs, spices and other plant-derived products. Botanicals may be used for a range of applications, including medical purposes and as food supplements, both for humans and animals.

The first botanical case involves pills used as part of a slimming regimen. These pills caused kidney damage due to the fact that they contained a nephrotoxin, artistolochic acid. It was probably due to the misidentification of a toxic herb, since another, commonly used herb has a similar appearance. Signs of kidney damage were first detected in 1992 in Belgian women who had been following the slimming regimen.

As the toxic effects became known, the herb preparations were withdrawn from the Belgian market in October 1992. Measures by the Belgian authorities included informing all general practitioners and chemists, as well as compiling a list of dangerous herbs that became prohibited for use in herbal products in 1997. Before and after this incident similar episodes of intoxications with toxic herbs occurred in Japan, the UK and France. Other nations such as Canada, Australia, Germany and the UK followed this example by banning the use of herbs containing the related toxic compound aristolochic acid.

This case is related to intoxications that happened in a number of Dutch consumers of star anise tea in 2001. The tea was a brew made from a botanical mixture that contained, among others, Chinese star anise. This ingredient is made from typically star-shaped fruits that are imported from countries such as China and Vietnam.

In the intoxication case, the Chinese star anise got mixed with toxic, but similar looking,  Japanese star anise (usually used for decoration or as alternative medicine).

The toxic ingredients in Japanese star anise include: anisatine (a neurotoxin) and myristicine (a hallucinogen). The symptoms related to the consumption of this tea included epileptic reactions such as convulsions, seizures and aberrant brain activity. Before the Dutch incident, intoxications with star anise tea had already been reported in other countries including the USA, France and Spain. After the first incidents in the Netherlands in 2001, a major product recall was undertaken and a public warning was issued.

The cultivation of shrimp in confinement – commonly referred to as shrimp aquaculture or shrimp farming – has steadily increased in South East Asia. As consequence to the fast rise in production, antibiotic use has also escalated in order to prevent losses due to diseases.

The use of antibiotics in shrimp farming may have been accounted for the detection of residues of the antibiotic chloramphenicol (CAP) in shrimps imported from Vietnam and China into the EU in 2001. Since this time more findings of CAP and nitrofuran antibiotic residues in shrimps and in fishery products and poultry have followed. These findings led the EU to enforce temporary controls for the presence of antibiotics on all imported shrimps from China, Vietnam, Thailand and Indonesia during 2001 and 2002. The reason for the EU measures was the “zero tolerance” policy towards the CAP and nitrofuran antibiotics because no internationally harmonised threshold levels, such as an acceptable daily intake (ADI) or maximum residue level (MRL), existed for these substances. Therefore, any presence of residues of these veterinary drugs in food above the limit of detection would consequently have been considered a contamination.

The main causes of disease in farmed shrimp are the bacterium Vibrio spp. and viral agents. Usually, the resistance of Vibrio and some other pathogens to CAP is absent or low, making CAP an attractive option for treatment of diseases caused by this pathogen. Besides therapeutic treatment, antibiotic use may be employed for preventive reasons, whereby antibiotics are mixed in the feed (prophylactic application). Although antibiotics cannot eradicate viral diseases, they still may be applied for this purpose due to lack of awareness among users. In addition, frequent use of antibiotics has caused an increase in antibiotics resistance in bacteria and may therefore also constitute a food safety issue if human pathogens are involved. As an alternative to antibiotics, prebiotic and probiotic preparations are being used.

The most likely route of exposure of consumers to antibiotic residues present in products of aquaculture is through oral uptake. CAP and nitrofuran are rapidly absorbed from the gastrointestinal tract after oral uptake and distributed to all organs.

Pesticides of natural origin provide an option for disease prevention and management in agriculture in addition to synthetic pesticides and disease-resistant crop varieties.

The neem tree naturally occurs in Africa and India and is a traditional source of crop protection against insects. Neem extracts are also used against moulds in crops because of their antifungal activity. Unprocessed neem or derived neem oil are used for protecting harvested and stored seeds intended for consumption purposes. These might thus contain neem residues. While neem is a very effective crop protection agent for post harvest use, its potential health effects have not yet been analysed and therefore, more investigation is needed.

Rotenone and possible contribution of pesticides to Parkinson’s disease

The natural pesticide rotenone received a lot of media attention in 2000 when it was claimed to be a possible factor contributing to the development of Parkinson’s disease (CNN 2000 article).

Rotenone is produced by extraction from the roots and stems of several tropical and subtropical plant species. Its insecticidal properties are used in home gardening, organic farming and topical application on animals. It is used in many countries, including the EU, where it has been approved under Regulation 2092/91/EEC on organic farming. Besides its use in agriculture, it is allegedly used in some countries as a chemical to remove unwanted fish species. 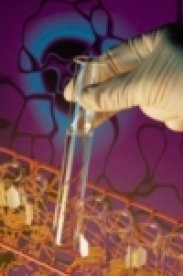