Professor Jørgen Eivind Olesen is Professor in climate change and agriculture at Aarhus University and adjunct professor at University of Copenhagen. He has a very broad experience on the interaction between agricultural (and agroecosystem) activities and the environment.

This involves both the effect of agriculture on environment and the effect of environmental change on agroecosystems. He also has an extensive and broad network in Europe and elsewhere related to this. Some of the experiences also cover semi-managed ecosystems.

He was involved in initiating Danish research on agrometeorology. He has lead several interdisciplinary projects, including projects on integrated wheat production, application of remote sensing and GIS in agriculture, development of a whole-farm simulation model, and several projects on organic farming and reduced tillage. He has participated in more than 10 EU projects and concerted actions on the effect of climate change on agriculture and on greenhouse gas emissions from agricultural activities.

He is currently involved in three EU projects on climate change: Mitigation of greenhouse gas emissions from livestock systems; Interaction between climate change and soils; and Novel legume cropping systems. He is currently project leader of two national research projects and participates in several other national and international projects. 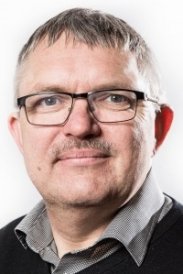